Аудио рассказ: "There was a Boy" (Elementary) 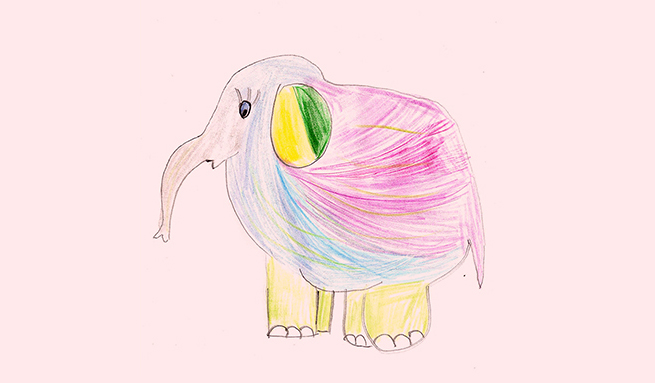 
Listen to the audio story in English

There was a boy
by Taisia Kondrakova

There was a boy. He was fat. He liked to eat very much. One night he woke up. He wanted to eat. He stood up, went to the fridge, opened the door, he saw very-very-very-very-very many tasty things. He thought very long what to start with. He decided to start with a chocolate pie. When he began to put it into his mouth, the cake became a stone! Then he took another cake and it also became a stone! Then he took other very tasty things and the same happened to them. The boy was very upset, offended, he didn’t put anything in his stomach! THIS IS AN INSULT! He went to bed. He fell asleep. But…

He slept not very long. He woke up and he wanted to eat again. He wanted to stand up, but suddenly the ghost came to him. This ghost was his mother.

She said this poem:
Sweets are joy,
But it is not a toy.
You shouldn’t do it for fun
Not to become an elephant.

He was shocked. He fell asleep. In his dream he saw that he was an elephant and he ate everything, for fun.

In the morning he stood up and he didn’t eat bread with Nutella or a croissant with chocolate. He asked his mum to cook porridge for him. His mum was surprised. Then he asked for an apple. He went to school. At lunch he ate soup. And every day it was the same. He became slim. And if some weeks ago everybody teased him, today every girl wanted to sit with him.