Аудио рассказ: "The Tale of Kevin the Earthworm" by Taisia Kondrakova

The Tale of Kevin the Earthworm
by Taisia Kondrakova


Listen to the audio:

Deep under the field of wild sorrel lived two earthworms. They ate the root of wild sorrel and lead a normal earthworm lives. One dark day (or was it night? - it is always dark underground) the first earthworm, whose name was Carl, said to the second earthworm: "Kevin, I am fed up with this life. I want to travel and find out more about the world." He packed his suitcase and drilled his way out to the surface. There the sun was shining and the wild sorrel leaves were waving in the wind. The earthworm felt freedom and joy. He started his journey crawling among the leaves.

In the meantime the second earthworm was thinking where Carl was. Then he thought how nice it was to be outside and to travel. He packed his suitcase and also went out to the surface. He was very excited and fascinated because he had never thought that nature could be so nice. (I think that you must travel because it is interesting, useful and you start to learn many things).

Kevin saw Carl at the top of the sorrel. He called him but Carl thought that it was his parents and wanted to go down from the other side but...

A warden went to the King's family. He said everything to them. The King started to whisper something to the counselor. But the Queen asked to call Kevin. Kevin came and bowed low. The King liked it very much. Kevin told his story, why he came here as well as about his life. The King liked him very much.

Kevin worked very hard and the King's family liked him because he was decent and kind. He got married to the younger daughter whose name was Bella. Kevin and Bella started to travel around the world. They were very happy together and had children who also liked to travel very much. 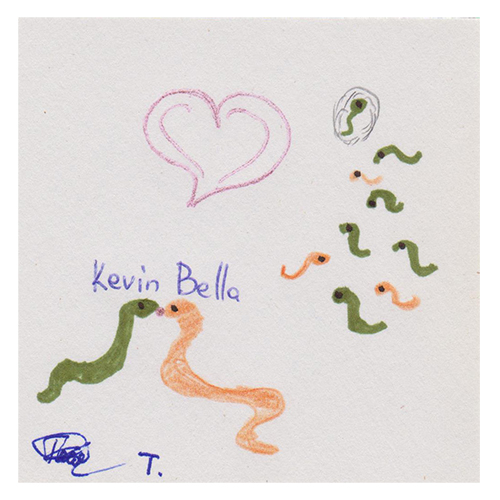