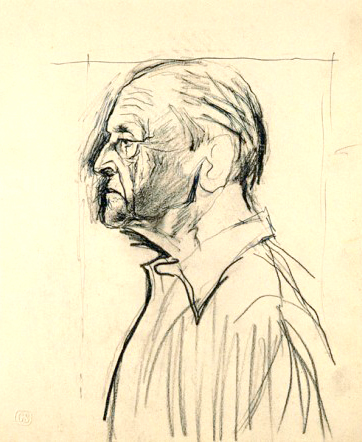 1. Practice the pronunciation of the words from the story.

1. Find in the story the English for:

2. Fill each gap with one of the words or word combinations in an appropriate form.

3. Replace the italicized words and word combinations with a synonym in an appropriate form.

1. She never said a disagreeable thing straight to my face.
2. I was puzzled at her not leaving me in peace.
3. Tom adored Louise.
4. He was a fine fellow and he was well-to-do.
5. It didn’t kill her. She enjoyed her life.
6. But one day the young man came to me in great distress and told me that the marriage was put off for an indefinite time.
7. She was quite lost without a man to look after her.
8. Louise kept her word.

4. A In which of the following sentences is would used to express:
a) a repeated action in the past?
b) insistence?

1. Louise wouldn’t leave him alone.
2. Her heart failed her and she would stay in bed for a week.
3. They would not let her stir a finger.
4. She would spend the winter in Monte Carlo.

B Say what Louise would do and what Iris would not do. Make use of the prompts below.
To ask smb for lunch; to go out; to listen to; to say a disagreeable thing about smb behind smb’s back; to desert; to have a heart attack; to go to all the most lively parties; to marry.

5. A Say which of the italicized verbs is followed by:
a) the full infinitive?
b) the bare infinitive?

B Make the sentences complete using the complex objects from the list below.
Flirt with tall slim young men; do a great deal; tell her; fall down dead; do a single thing; give up their pleasures; marry the young man; spend the winter; fill with tears; fly into a passion.

1. How long had the author known Louise?
2. What was her attitude to him?
3. What was she like when he first knew her?
4. Why did she have to take the greatest care of herself?
5. Why did her parents agree to her marrying Tom Maitland?
6. What kind of husband did Tom make? What kind of wife did Louise make?
7. What made the author think that Louise was stronger than one would have thought?
8. How did Tom catch his death? What did he leave Louise?
9. Why did Louise’s friends redouble their attention toward her?
10. What was her second husband like?
11. How did Louise spend the two or three years after her second marriage?
12. Where did George find his death?
13. How did Louise try to distract her mind?
14. What did she do when the war came to an end?
15. Why did her daughter Iris come to stay with her in London?
16. How had Iris been brought up?
17. Why did she prefer to stay at home rather than go out?
18. Why was her marriage postponed for an indefinite time?
19. How did the author manage to make Louise agree to Iris’s marriage?
20. What happened on the wedding-day?

2. Match the adjectives on the left with the nouns on the right according to the story. Say which of the characters of the story each word combination refers to.

3. Tell the story of Louise according to the outline below.

1. Why do you think Louise could always find a man to take care of her? Why did her two husbands give up everything to make her happy?
2. Why did her second husband have to brace himself now and then with a drink for his day’s work of Louise’s husband? What kind of work do you think it was?
3. Why do you think Louise turned her villa at Monte Carlo into a hospital? Did she really mean to distract her mind?
4. Why didn’t she look at forty a day more than twenty-five?
5. Was Louise’s health really very weak or did she ‘carry out a bluff for twenty-five years’ as the author put it? Was she ‘the most selfish and monstrous woman’?
6. Did she ‘ruin the lives of those two unhappy men she married’? Was she going to ruin the life of her daughter?
7. ‘She died gently forgiving Iris for having killed her’. What does the final sentence of the story mean? Why do you think Louise died on the wedding day?
8. What’s your personal reaction to the story?