The Notebook (2004)
The Notebook is a 2004 American romantic drama film directed by Nick Cassavetes and based on the novel of the same name by Nicholas Sparks. The film stars Ryan Gosling and Rachel McAdams as a young couple who fall in love during the early 1940s. Their story is narrated from the present day by an elderly man (portrayed by James Garner) telling the tale to a fellow nursing home resident (played by Gena Rowlands, who is Cassavetes’ mother).
I. Recall situations where these monologs and dialogs were uttered: 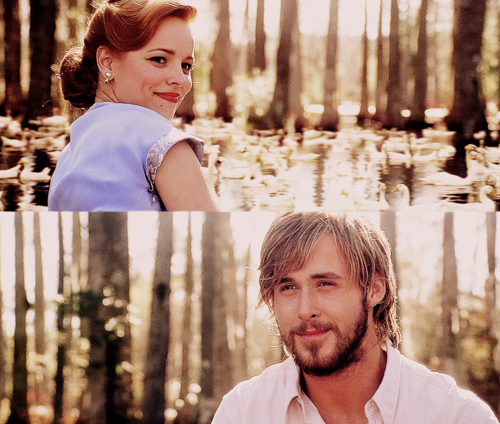 Duke (in voice-over narration): "I am no one special, just a common man with common thoughts. I've led a common life. There are no monuments dedicated to me, and my name will soon be forgotten. But in one respect, I've succeeded as gloriously as anyone who ever lived. I've loved another with all my heart and soul, and for me, that has always been enough."
*  *  *
Duke (reading): "Southern summers are indifferent to the trials of young love. Armed with warnings and doubts, Noah and Allie gave a remarkably convincing portrayal of a boy and a girl traveling down a very long road with no regard for the consequences."
*  *  *
Duke (reading): "Summer romances end for all kinds of reasons. But when all is said and done, they have one thing in common: They are shooting stars-a spectacular moment of light in the heavens, a fleeting glimpse of eternity. And in a flash, they're gone."
*  *  *
Duke (reading, about Noah): "He got the notion into his head that if he restored the old house where they had come that night, Allie would find a way to come back to him. Some called it a labor of love. Others called it something else. But in fact, Noah had gone a little mad."
*  *  *
Allie's fianc? (to Allie): "Should I be worried?"
*  *  *
Allie's mother (about her sweetheart of 25 years ago, now a laborer shoveling gravel): "Sometimes when I'm in the area, I just stop here and I watch him, trying to picture how different my life might have been." [she cries]
II. Discussion questions 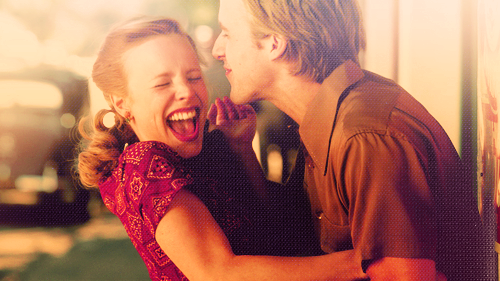 1. The restored house Noah lives in plays an integral role in the movie. What do you think the house represents? What does this say about the importance of place? Does Noah restore anything else except the house?
2. When Allie decides to come down to see Noah, "one last time," do you think she wanted to see him just to say good-bye, or was she secretly hoping to fall in love with him again? Was it right for Allie, who had already agreed to marry Lon, to make this visit? Would your answer be different if she were already married?
3. When asked by her mother, Allie claims to be in love with both Noah and Lon. Do you think this is true? While it is possible to love more than one person equally, is it possible to be in love with two people at the same time?
4. Allie's mother regrets having hidden Noah's letters to Allie for so many years. Why does Allie's mother change her mind, especially when Allie's wedding is less than three weeks away? Can you understand Allie's mother's motivation for hiding the letters in the first place? As a parent, wasn't she responsible for watching out for her daughter?
5. Were you at all surprised when it is revealed that Allie had decided to marry Noah, or was there never any question in your mind?
6. Noah and Allie's love for each other at the end of the movie seems as pure and as powerful as it was in the beginning. Is it possible for the intensity of first love to last that long? Is it unrealistic to expect it to?
7. Although he's not in the best shape himself, Noah goes to Allie's bedside and reads "The Notebook" to her every day. As a result, Allie is in much better shape than the other Alzheimer's patients. Do you think this is plausible? Is her stable health a result of her hearing the story of her life every day, or are greater forces at work? What does Noah's devotion suggest about marriage? About the nature of love itself?
8. The novel this movie is based on has been a best-seller not only in America, but also around the world. Why do you think this is? What is it about the book that speaks to such a broad range of people?

III. Characterize the main characters of the film.

IV. Prepare the summary of the film.