Give same sex schooling a chance
By Christina Hoff Sommers

Four years ago, the state of California opened six experimental single-sex academies in its public schools. Then-Gov. Pete Wilson, along with many parents and teachers, believed that same-sex classrooms might improve the prospects of low-achieving, disadvantaged boys and girls. The program has been popular with parents, and there is anecdotal evidence that it is academically successful. But a new study funded by the Ford Foundation has concluded the program is a failure. 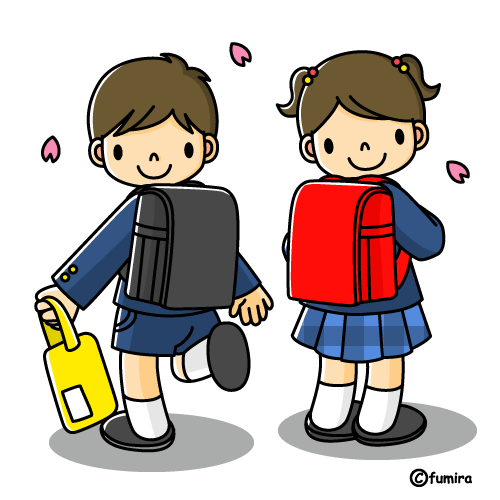 California same-sex education initiative was always fragile. Adequate funding was a problem from the beginning. Groups like the National Organization for Women opposed it on principle. By now, all but one of the academies has been closed. The Ford Foundation report – “Is Single-Gender Schooling Viable in the Public Sector? Lessons from California’s Pilot Program” – will probably kill the surviving one. It may also discourage other states from experimenting with single-sex programs.

That would be unfortunate. Even a cursory review of the report shows that its three authors should not have been entrusted with evaluating California’s experiment with same-sex education.

The 83-page document claims to be “the most comprehensive study of single-sex public schooling in the United States to date”. Yet, remarkably, we never find out whether single-sex schools improved grades, test scores, or attendance. The purpose of the California program was to brighten the educational prospects of vulnerable, disadvantaged kids. Did it achieve this goal? The report does not say.

That is because its authors, Amanda Datnow (University of Toronto), Lea Hubbard (University of California, San Diego), and Elisabeth Woody (University of California, Berkeley), had something else in mind. Their goal was to dissect the “sociopolitical context of single-gender public schooling”. Or, as they explain it: “Drawing upon feminist theory, we provide a critique that illuminates how power which is ‘both the medium and the expression of wider structural relations and social forms, positions subjects within ideological matrixes of constraint and possibility’.” True to this murky goal, they devote most of the study to “critiquing” parents, teachers, and students for their “gendered perceptions”.

The report classifies as sexist any teacher who believes there may be basic differences between boys and girls that call for different approaches. One unwitting instructor explained why the all-male class voted to read All Quiet on the Western Front and why all-female class choose Pride and Prejudice: “The girls tend to choose the romantic spiel… and guys tend to go for the action”. The study’s three authors are electrified by this brazen example of sexism. “Significantly,” they say, “teachers did little to change student choices by suggesting alternative book choices or topics that might potentially challenge gendered dispositions”.

Another male teacher is censured for having talked to the boys about what it means to become “productive adult males”. The teacher stressed the importance of “self-control and being able to control your emotions and making sacrifices for the others”. Many of the boys in the program don’t have fathers; they have never received guidance from an adult male. This teacher was trying to provide some badly needed counsel. The report “critiques” him for promoting gender stereotypes: “Traditional gender-role stereotypes were reinforced, and gender was portrayed in an essentialist manner”.

The report repeatedly puts the aim of eliminating gender stereotypes ahead of the academic and moral needs of children. Most of the children entering the program were barely literate and were academically disengaged. Many of the boys had a history of truancy and gang violence. While respected education scholars such as Cornelius Riordan of Providence College have found that single-sex schooling is especially beneficial to disadvantaged, at-risk children, the Ford report makes a point not to evaluate any of the academic benefits.

Why not? One must first understand something of the intellectual climate of contemporary education. It is, in many quarters, fashionable to deny that there are significant differences between males and females. Differences in aptitude or preferences are said to be “constructed by the culture”. As one feminist theorist explains, all human beings are born “bisexual” and then, through social conditioning, are “transformed into male and female gender personalities, one destined to command, the other to obey”. This radical view, once confined to women’s studies programs, has become popular in education circles.

The claim that “gender is a social construction” is both ideological and unsupported by science. A growing body of research in neuroscience, endocrinology, psychology, and genetics over the past 4o years suggests there is a biological basis for sex differences in aptitudes, attitudes, and preferences. In general, males have better spatial-reasoning skills, and females, better verbal skills. Young males are drawn to rough-and-tumble play; females are more nurturing. The teachers in the same-sex programs were adapting their teaching styles to the needs and preferences of their students. In doing so, they walked right into a trap set by gender wardens.

Unfortunately, the report’s authors are typical of a new generation of gender-obsessed scholars coming out of graduate education programs. Many are scientifically illiterate; most are indifferent to both common sense and the protocols of objective research.

None will succeed in repealing the laws of human nature. But with foundation funds, and credentials from major universities, they have the power to do a great deal of mischief inside and outside the nation’s classrooms. The California same-sex experiment will not be the only casualty.

Christina Hoff Sommers, a resident scholar at the American Enterprise Institute, is the author of the War Against Boys: How Misguided Feminism Is Harming Our Young Men.


Listen to the track “Better Dead than Co-Ed” and summarize the main idea.

Write an essay on the topic “Should we give same-sex schooling a chance?”