Is an Ivy degree worth remortgaging the farm?
Time Magazine
In his autobiography, The Education of Henry Adams, the author somewhat sourly recalls teaching at Harvard in the 1870s. What seemed to perplex Adams was the na?ve faith of his students that their education somehow had a purpose and a utility. When he finally asked an undergraduate student what he intended to get out of his studies, Adams was startled by the answer: “The degree of Harvard College is worth money to me in Chicago.”
The only aspect of this century-old anecdote that might be dated is Adam’s surprise. This year, when Harvard sifted through 12,843 applications to fill 1,605 places, … undoubtedly many of these would-be students (and their parents) were motivated by equally crass considerations. Popular wisdom asserts that getting a pedigree from an Ivy League school is worth more in terms of future income and social standing than attending any of several dozen other academically rigorous colleges and universities.
With a Yale man in the White House and two others in key Cabinet posts, it is easy to assume that sociological evidence buttresses this collegiate pecking order. But, in truth, it is nearly impossible to calculate the value of, say, a Princeton degree compared with one from a selective but less prestigious school. Totting up the comparative educational backgrounds of honorees listed in Who’s Who may reveal something about those admitted to Princeton, but little about the quality of the experience there. For how do you separate out the effects of an elite university from such life-shaping factors as family background and IQ? And when do you measure alumni success- at age 25, when young men and women may still be temporarily riding on the reputation of their colleges, or at 70, when such credentials belong to the distant past?
This is not to feign ignorance of how the world really works. An Ivy education does carry with it useful social networks, external prestige and the self-esteem that comes with winning the college-admissions version of the Publisher’s Clearing House Sweepstakes. But these advantages tend to be small and transitory, especially when compared with the weight that anxious parents attribute to them. “For certain kinds of jobs, a Harvard degree might help you get a foot in the door”, says economist Robert Klitgaard, the author of Choosing Elites. “But if you look at outcomes- earnings and social status – it is very hard to make the case that going to Harvard is worth eight times going to UCLA, which is roughly the difference in tuitions”.
If there is a message in all this for high school seniors and their parents nervously pepping for the college gauntlet, it is simply “Relax”. To its credit, American higher education remains infinitely less hierarchical than that of Japan or France. In a nation of second chances, no college admissions office- not even Harvard’s- has the power to either guarantee success or withhold it.

Word combinations
to have a purpose and a utility, to sift through, would-be students, to be motivated by crass considerations, to get a pedigree, social networks, to get a foot in the door, college admission office, to ride on the reputation.
Notes on the text
gauntlet – an ordeal test
Publisher’s Clearing House Sweepstakes – contest sponsored by magazine publishers
UCLA – the Universities of California at Los Angeles
Ivy League Universities in the USA (the) – Brown, Columbia, Cornell, Harvard, Princeton, Yale, Dartmouth college and the University of Pennsylvania – a group of old and respected universities of the Eastern US. 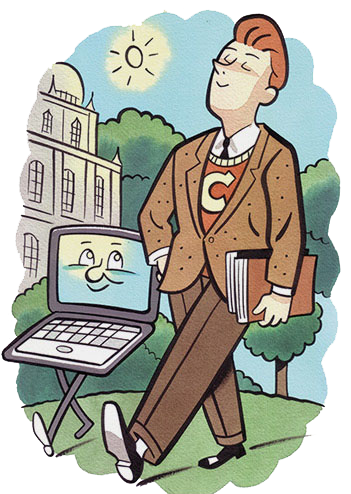 Translate the text.
Explain the following words and expressions and make up sentences with them

Give synonyms to the following:

Give words and expressions that suit the following definitions:

Prepare a speech blaming the system of education in Russia.