The Eros of Parenthood

Not touching children can also be a crime. 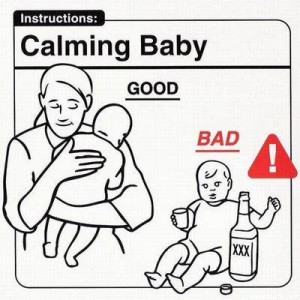 ‘We call him Folds’, a friend once wrote, in a rapture over the voluptuous plumpness of his baby son. My own daughter was delicate – even a bit worrisomely so – but what I wrote again and again in her baby book was ‘She is too much’. When I read those words now, I remember how palpably I experienced her too-muchness: it was a kind of shudder in my body, an energy I had to soften, rein in, lest I squeeze her too hard, startle her with too exuberant a kiss.
We call our children ‘honey’ and ‘dumpling’… and ‘pumpkin’, and ‘sweetie pie’. We tell them, ‘Oh, I could eat you!’ And what this exclamation gives voice to is both the experience of being overwhelmed by their irresistibleness and the knowledge that we must resist, that we must respect their separateness from ourselves – a separateness made all the more poignant by their complete dependence.
It is this feeling that I want to call the eros of parenthood: an upswelling of tenderness, often with a tinge of amazement, that expresses itself primarily through touch. In its intense physicality, it partakes of the love that also exists between grownup lovers – but it is different in some absolutely crucial ways. For healthy parental love is a sheltering, protective love that respects the radical inequality – in size, in power, in maturity – between parent and child. Though it sometimes flares into wild playfulness, its predominant rhythm is serene and relaxed, and it does not approach the driving, climactic movement of adult sexuality.
We know that this love is natural – indeed, not only natural but necessary. Taking care of small children is hard work, exhausting and unceasing labor. The physical appeal of the young is one of the keys to their survival, and not just because it quickens parental energy. Loving touch, in and of itself, is necessary to the development of the healthy human child. Fifty years have passed since it was discovered that orphaned and abandoned infants would fail to thrive, even if they were kept clean and safe and well fed, when they were not held and caressed. In hospital intensive-care nurseries, I have sometimes seen signs that read ‘Please Touch Me!’ attached to the clear-plastic boxes where premature infants lie. (These babies, their stick-like limbs surrounded by a welter of tubes and wires, don’t easily elicit the desire to touch and hold.) The social biologist Ashley Montagu has written, ‘By being stroked, and caressed, and carried, and cuddled, and cooed to, by being loved, [the child] learns to stroke and caress and cuddle, and coo and to love others. In this sense love is sexual in the healthiest sense of that word. It implies involvement, concern, responsibility, tenderness, and awareness of the needs and vulnerabilities of the other.’

Notes on the text:

a premature infant – a baby born before the usual time of birth;
voluptuous adj – sensual, fleshly

I.   Consult the text, explain the meaning and give the Russian for:

II.   Study the article and find synonyms to:

Reproduce the sentences from the text and make up your own sentences using the adjectives you found.

III.   Challenge or support the following:

1) We must respect their separateness from ourselves – a separateness made all the more poignant by their complete dependence.
2) Loving touch, in and of itself, is necessary to the development of the healthy human child.
3) The physical appeal of the young is one of the keys to their survival.
4) Not touching children can also be a crime.

IV.    Give your observations as to:

1) the subject of the story and the ideas expressed;
2) the author’s approach to the problem described;
3) the way the attitude of the author to the problem is rendered;
4) the means by which artistic effect is achieved.

V.     Make a list of words and word combinations that are used to describe what the author calls ‘the eros of parenthood’.

words: a rapture, premature, to elicit, to cuddle, to coo, vulnerability;

word combinations: to rein in an energy, to be overwhelmed by the irresistibleness, an upswelling of tenderness, to express itself through touch.