Carlos Acosta
ex. 1 Listen to two monologues “The Person I admire”. Tell if you have a person who you admire most and why.

ex. 2 Read the extracts from the interview with Carlos Acosta. 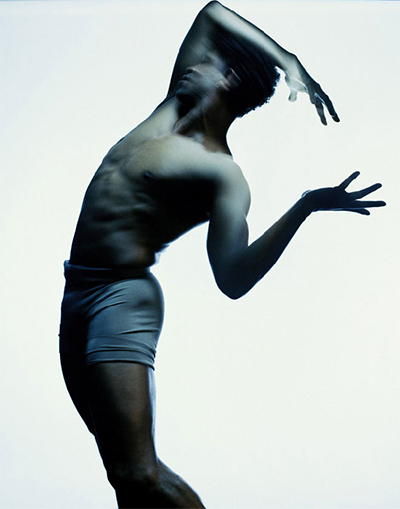 The 41-year-old Cuban dancer on how he first got started, on coping with age and the insecurities of being an artist
I first saw the National Ballet of Cuba when I was 13. I was captured by the professionalism. I thought: this is going to be me, lifting all these women.
Until I won gold at the Prix de Lausanne, I was very shy about my background. I didn't think I was attractive. But then I saw if I worked hard, my life could be changed.
My father was born in 1918. His mother used to punish him, beat him up. So he wasn't the most sophisticated man, but he wanted the best for us.
Insecurities can destroy an artist. If you are told you are not good enough, that can be the end.
I joined the Royal Ballet at a time when the Royal Opera House was being rebuilt. There were many stars and competition over who would get which roles. At one point I was considering going back to my previous company in Houston.
Being a foreigner in a city in London is not like being a foreigner anywhere else. In Italy they thought I must be from Morocco – I would go to buy a gold chain for one of my sisters and they would say: "I'm sorry, we are closed." In London it is not like that. Look at me: I managed to make it in London.
I made my name for masculinity, athleticism and this display of sensationalism. It's what I had been trained towards. But I still don't know what being a sex symbol is. I don't think about that stuff.
To create a partnership in ballet you negotiate a lot, you create ideas. A good partner should be concerned about how you look on stage. Some people don't want to go too far. With Tamara, you know she is 100% committed and that's wonderful.
The thing about age is that your body commands you rather than the other way round. You say to your body: "I want to jump that high" and your body says: "No way. You're a fool." You have to keep pushing. I try to do as much as I did when I was 25. That means more pain, more resting. But the most important thing: age with dignity.
As I get older, I find other worlds to explore, other things to say. You face the choice: when do I kill something I love? I am trying to establish where my life is going to go at the moment.
I think the reviews for my novel [Pig's Foot] were so good because expectations were so low.
When I get home after dancing I just want to rest… but not now. Now it's time to play with little Aila [his two-year-old daughter]. I say: "No, no, no, I've been dancing" but it doesn't work. My daughter is a ball of energy. Once you've lifted her 20 times it starts to hurt.

Vocabulary Exercises
ex. 1 Make your own sentences with the following words and expressions
to consider
to be committed (to something)
to face the choice
dignity
background
to manage to make it
the other way round
ex. 2 Make derivatives out of these words and expressions
negotiate
dignity
expectations
to manage
to consider
sophisticated
committed
ex. 3 Explain the following words and expressions
the other way round
sophisticated
to be committed to something
insecurities
background
to face the choice
low expectations
masculinity
to manage to make it
ex. 4 Finish the sentences
Comprehension Exercises
ex. 1 Correct these statements and explain
ex. 2 Do you agree or disagree with these statements made by Carlos Acosta? Why?
ex. 3 Answer the questions