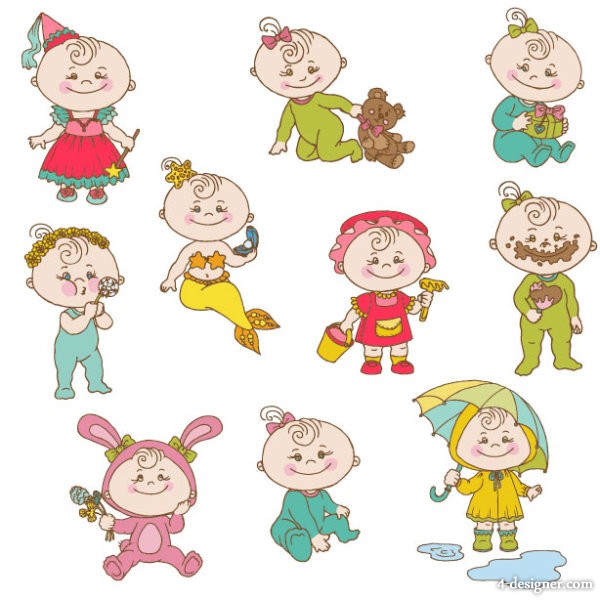 Don’t cringe. Diddums has a serious role. Scientists in three nations have confirmed that what the British call baby talk and the Americans call parentese gets the baby on the road to grown-up conversation.
Babies exposed to yucky dialog are not being patronized: they are being helped to analyze and absorb the phonetic elements of the mother tongue.
This discovery – which could trigger an even bigger avalanche of verbal treacle in nurseries – is revealed today in the US journal Science. Teams in Seattle, St Petersburg and Stockholm each recorded how 10 mothers talked for 20 minutes to babies aged from two to five months. The mothers were then recorded talking to adults.
The scientists found that in all cases, in all three nations, parents addressed children with vowels that were more acoustically extreme. The language chosen was also modified ‘syntactically, semantically and prosodically’. In other words, it was baby talk.
The parentese was produced unconsciously, said the scientists. But it seemed to pay off.
Infants turned out to be so good at analyzing this speech that at 20 weeks they began to produce the three vowel sounds common to all human languages: ‘ee’, ‘ah’ and ‘uu’.
Furthermore, baby talk seems to be a natural way to talk to a baby. Mothers, fathers, carers, siblings and even students handed a baby in the classroom lapsed into parentese.
‘Parentese has a melody to it, and inside this melody is a tutorial for the baby that contains exceptionally well-formed versions of the building blocks of language’, said Patricia Kuhl, a University of Washington neuroscientist who headed the research.
‘When women across three different cultures, speaking three different languages, show the same pattern when talking to their infants, biology is telling us something about its necessity and value to babies. It’s our job to figure out why they do it and what it’s good for’.
The learning of language is one of a child’s most amazing feats. By age three, many children have large vocabularies and a solid grasp of the rules of grammar. But they are born into a mysterious world of sound. A baby’s vocal tract is a quarter size of an adult’s. It has neither the range nor frequency. The exaggerated sound of baby talk helps babies to distinguish phonemes, or bits of words.
‘What infants are doing with this information is not memorization’, Dr Kuhl said. ‘Their minds are not working like a tape recorder. Because their mouths and vocal tracts can’t form the same sounds as adults, they have to transform adult sounds to frequencies they can use. So they must be analyzing speech.’

Notes on the text:

to cringe – to feel embarrassed by smth that seems stupid.
diddums - (interjection BrE) a word used to someone who is upset or annoyed in a way you think seems childish.
yucky – (adj. informal) extremely unpleasant.
an avalanche – a very large number of things such as letters, messages etc. that arrive suddenly and at the same time.
treacle – a thick sweet black sticky liquid that is obtained from the sugar plant and used  cooking.

I.   Interpret the following lines:

II.   Consult the text, explain the meaning and give the Russian for:

1) to get the baby on the road to…
2) baby talk (parentese)
3) it seems to pay off
4) to lapse into parentese
5) to transform adult sounds to frequencies they can use.

III.   Study the text and speak on the following:

1) Babies exposed to yucky dialog are helped to analyze speech.
2) The learning of language is one of a child’s most amazing feats.

IV.    Use your imagination and make up an interview that Dr Kuhl might have given to a newspaper reporter.

word combinations: to get smb on the road to; to trigger an avalanche; to lapse into parentese; building blocks of language; to have a solid grasp of the rules of grammar.