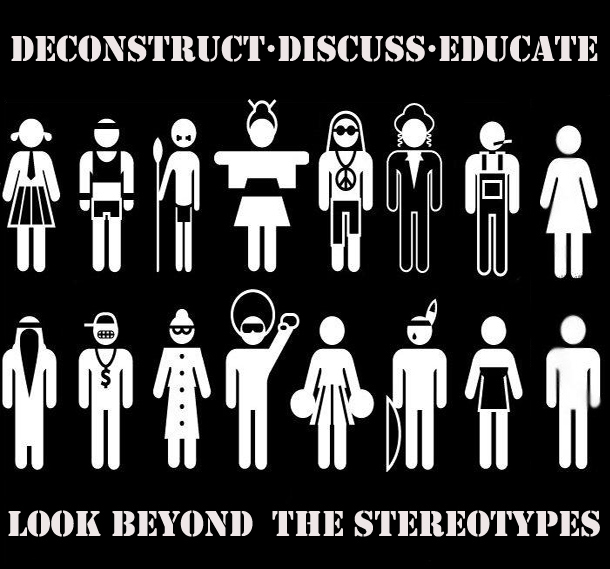 With modern information and communication technologies making the world smaller, many people question whether globalization is more positive or more negative. As nations become more integrated into a single global market our traditional cultural barriers are being breached and more opportunities for international exchange are being created. But with the fading borders between nations, new questions arise. Does economic growth from the global market tend to favor the rich and leave the poor behind? And perhaps most importantly, will globalization lead to homogenization, creating a world in which everything will look, sound, and feel the same? Are nations, as well as individuals, losing their identities as they become more globalized? Some have prophesied  that in the not-too-distant future, American tastes, habits, and values will completely dominate the world. Is globalization really the same as ‘Americanization’?
One of the strongest arguments against globalization is that poorest countries will not benefit from the global market. Inequalities will widen, and the poor will be left out as the rich become more prosperous. Developed countries already have a greater share of resources, and globalization will only reinforce their wealth and power. The richest countries, including the Unites States, will pool their resources and gain a monopoly over the global market. Some believe that globalization should proceed, if at all, under a set of restrictive new rules on issues such as labor, the environment, and human rights.
Will everyone’s worldview soon be seen through an American prism? People drink Coke and Pepsi around the world. McDonald’s now has more than 25, 000 outlets in 119 countries; a new restaurant opens somewhere in the world every seventeen hours. People around the world watch the same American movies and listen to the same American music. In recent decades, we have witnessed the growth of American mega-malls all over the world. The Internet functions primarily in the English language and is dominated by American content. It is estimated that 70 percent of Internet Web sites are American. Have people begun to register the fact that much of life is, indeed, American?
But globalization does not necessarily have to mean Americanization. Rather, it could be a blending of many different cultures. For example, there is currently an unprecedented mass migration of people from other nations to the United States. Immigrants and refugees import their cultural values into the United States as much as they assimilate American culture. Many would-be refugees manage to make their way to the United States and import their cultural values as well. In fact, America is not really a melting pot in the sense that immigrants’ cultures dissolve into American culture. In fact, they remain distinct. Just as American tastes and values have influenced the world , American tastes and values have been influenced: They have become more eclectic – in food, music, and even religion.
Finally, one thing people fear most about globalization is a loss of individual identity. They fear that a sense of shallowness might come from living in ‘the global village’, as tastes and cultural attitudes become more homogeneous. Human beings enjoy being different, feeling unique. Perhaps this is why one reaction to our global world seems to be an increased attachment to traditional ethnic customs. In many cities around the world, ethnic enclaves, rather than integrated communities, have formed and lasted.
Yet, with globalization comes a form of cosmopolitanism. People’s perspective is more worldwide today, less narrow. New relationships have been forged over the Internet. Students in China now correspond with students in Canada in chatrooms on the Internet. Professionals from all branches of life can share their research questions and answers internationally. It could be said that people are forming new identities as they interact with a greater number of people worldwide.
Globalization appears to be inevitable: We cannot go back. Driven primarily by information technology and capital markets, its force is transforming the world with extraordinary speed. Many believe that coping with this transformation is our greatest challenge.

I. Match the boldfaced words and phrases in the background reading with their definitions below. Write the word or phrase next to its definition.


IV. Expand on the following using the suggested vocabulary:


V. Express your opinion on the following quotations:

“History shows that it is not only senseless and cruel, but also difficult to state who is a foreigner.”
? Claudio Magris

“A man travels the world over in search of what he needs and returns home to find it.”
? George Augustus Moore, The Brook Kerith

“The fantastic advances in the field of electronic communication constitute a greater danger to the privacy of the individual.”
? Earl Warren

VI. Summarizing the issue
Work in small groups. Take notes on the negative and positive effects of globalization. Summarize the issue.

VII. Read the text and do the exercises

One of the biggest challenges facing employers and educators today is the rapid advance of globalisation. The marketplace is no longer national or regional, but extends to all corners of the world, and this requires a global­ready workforce. Universities have a large part to play in preparing students for the twenty­first century labour market by promoting international educational experiences.

The most obvious way universities can help develop a global workforce is by encouraging students to study abroad as part of their course. Students who have experienced another culture first­hand are more likely to be global­ready when they graduate. There are, of course, well­established international undergraduate student exchange schemes, such as Erasmus, which operates within Europe, and the exchange partnerships that exist between universities around the world. The Fulbright program in the US enables graduate students to study and conduct research abroad. We need to expand and add to such schemes, to enable many more students to study abroad.

Global workforce development doesn’t always have to involve travel abroad, however. If students learn another language, and study other cultures, they will be more global­ready when they graduate. It is important to point out that students also need to have a deep understanding of their own culture before they can begin to observe, analyse and evaluate other cultures. In multicultural societies, people can study each other’s cultures to develop intercultural competencies such as critical and reflective thinking, and intellectual flexibility. This can be done both through the curriculum, and through activities on campus outside of the classroom such as art exhibitions and lectures from international experts.

Many universities are already embracing this challenge and providing opportunities for students to become global citizens. Students themselves, however, may not realise that when they graduate they will be competing in a global labour market, and universities need to raise awareness of these issues amongst undergraduates.

a. Make your own sentences with the following expressions:

Rapid advance; to require; to promote; to encourage; to experience something first-hand; global-ready; to enable; to point out; to evaluate; competency; to embrace; to raise awareness.

b. What is the main theme of this talk?

-       Globalization and global labour market
-       What universities do to encourage students to work abroad
-       The advantages of having the first hand experience of working and living abroad
-       What students can also do to understand new cultures and what they gain because of that.