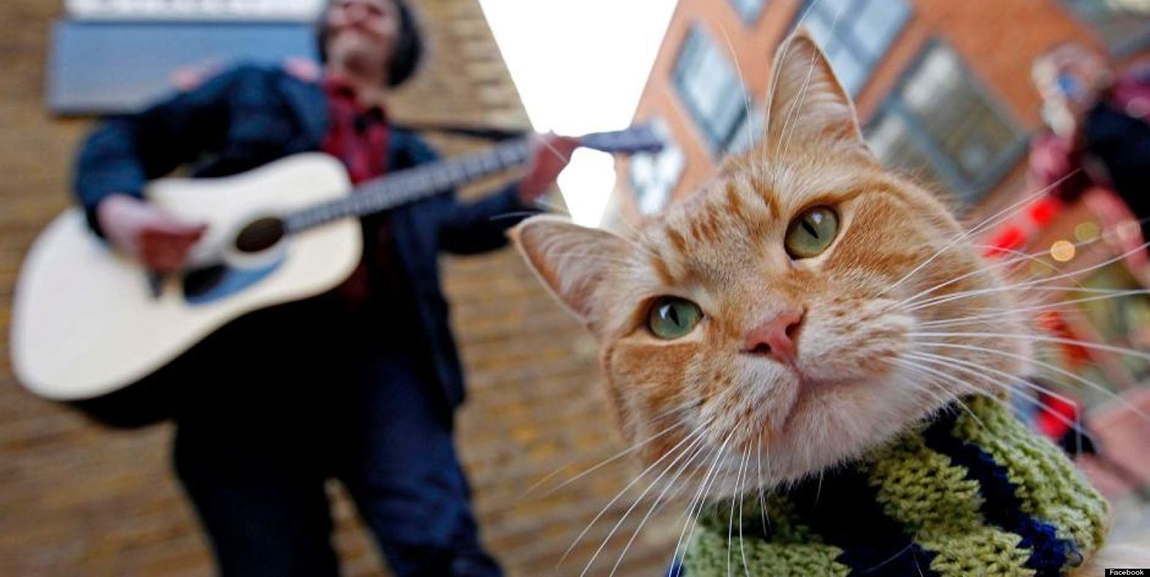 “A Street Cat Named Bob” by James Bowen
Synopsis: Seen pragmatically, James Bowen's decision of adopting an injured cat was not very wise. The struggling London street musician was barely able to feed himself, much less another mouth, no matter how tiny. Nevertheless, he took in the stray, named him Bob, nursed him back to health, and then sent him on his way—or so he thought. But Bob had other ideas.
ex. 1 Watch the documentary about James Bowen and Bob. Study the vocabulary and answer the questions.

ex. 2 Read an excerpt from James Bowen’s book “A Street Cat Named Bob”. Study the vocabulary.
quirk – странность, причуда
to neuter a cat – кастрировать кота / стерилизовать
to amuse oneself - развлекаться
bumblebee – шмель
to struggle – испытывать трудности (тут: барахтаться)
gently – аккуратно, осторожно
impressive – впечатляющий
delicately - деликатно
Living with Bob was fun. There was never a dull moment. He was a real personality. He had all sorts of quirks to his character, and I was discovering more and more of them every day.
He was calmer after he’d been neutered. But he could still be a complete maniac around the flat and would frequently almost destroy it, playing with anything that he could lay his paws on. One day I watched him amuse himself for the best part of an hour with a bottle top. Another time he found a bumblebee. It was obviously injured – it had one wing damaged – so it was struggling around on the coffee table in the living room. The bee was rolling around and every now and again it would fall off the table on to the carpet. Every time this happened, Bob would very gently pick it up with his teeth and put it back on the table. It was really impressive the way he could delicately pick the bee up by the wing and place it safely on the flat surface. He’d then watch it while it struggled around again. It was a really comical sight. He didn’t want to eat it. He just wanted to play with it.
apparent - очевидный
to scoop - черпать
to guzzle – жадно глотать
to adapt to something – привыкать к чему-либо, адаптироваться
a square meal – сытная еда
The street instinct was still apparent when it came to food as well. Despite the fact I was feeding him on a regular basis, he still treated every meal as if it was going to be his last. At home in the flat, the moment I scooped some cat food into his bowl he would stick his face in it and start guzzling as if there was no tomorrow. “Slow down and enjoy your food, Bob,’ I’d tell him, but to no avail. Again, I figured he’d spent so long in the streets that he hadn’t adapted to living in a place where he was guaranteed a square meal twice a day. I knew how that felt. I’d spent large chunks of my life living the same way. I couldn’t really blame him. Bob and I had so much in common. Maybe that was why the bond had formed so fast - and was growing so deep.
to sit on somebody's lap – сидеть у кого-либо на коленях
to swat – прихлопнуть (например, муху)
paw - лапа
to ensconce – уютно устроиться
hilarious – очень смешной
telly (British slang) - телевизор
to be fascinated by something – быть завороженным чем-либо
The other funny habit he’d developed was watching television. I first noticed that he watched things on screens one day when I was playing around on a computer in the local library. He had decided to sit on my lap and was staring at the screen with me. I noticed that as I was moving the mouse around he was trying to swat the cursor with his paw. So back at the flat, as an experiment one day, I’d just put the TV on and left the room to go and do something in the bedroom. I came back to find Bob ensconced on the sofa, watching.
I’d heard about cats watching TV from a friend whose cat loved “Star Trek: The Next Generation”. Whenever it heard that familiar music - Dah-Dah Dah Dah Dah-Dah Dah Dah - he’d come running into the room and jump on the sofa. I saw it happen a few times and it was hilarious. No joke.
Pretty soon, Bob had become a bit of a telly addict as well. If something caught his eye, then he suddenly was glued to the screen. I found it really funny watching him watching Channel Four racing. He really liked the horses. It wasn’t something I watched but I got a real kick from watching him sitting there fascinated by it.

A. Find English equivalents in the text:
что касается, безрезультатно, уморительный, испытывать трудности, причуда, поднимать, прибрать к рукам (лапам), развлекаться, очевидный, регулярно, винить, замедляться, прикинуть, иметь что-то общее, приклеенный к чему-либо, привычка, зависимый, находить удовольствие в чем-то.
B. Make one sentence using Present Simple or Future Simple with when/if:
For example: his quirks get worse / she has to take action. -  If his quirks get worse, she will have to take action.
C. Complete with prepositions where necessary:
10. Telly addicts are glued ____ their TVs and do nothing else.
D. Use infinitives or gerunds
E. Complete with these expressions in an appropriate form:
spend time
waste time
in time
on time
it takes
not to have enough time
F. Mark the sentences True or False:
G. Answer the questions: 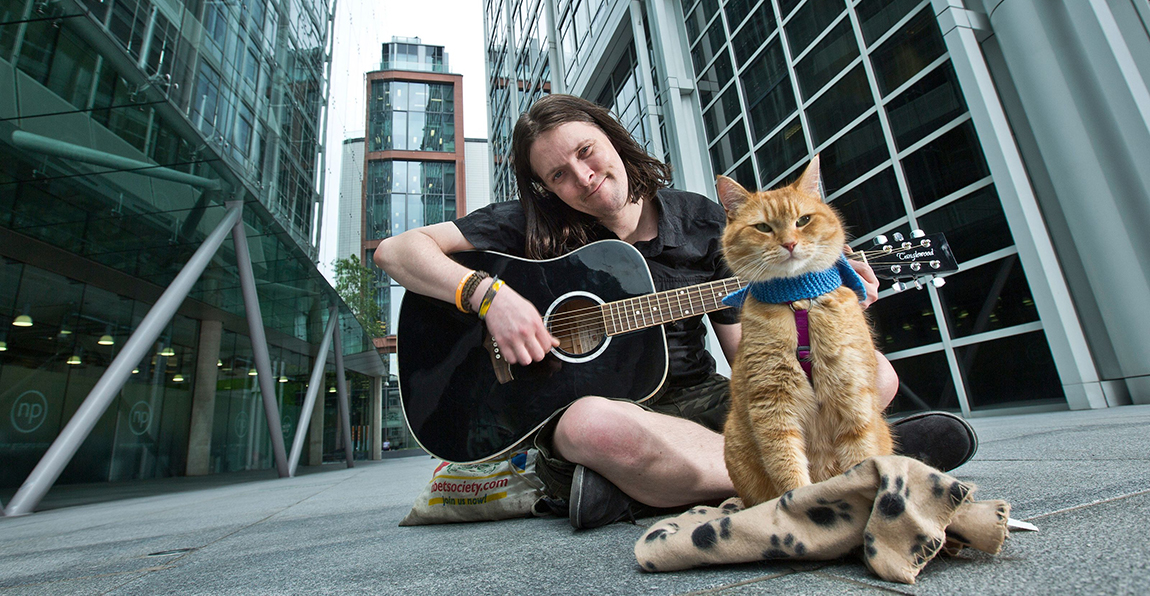