"Eddie Izzard and Snakes on the Plane" - Short Story

Study the vocabulary before reading and listening:
miserable – несчастный, печальный
He felt miserable, because his vacations were a disaster.
bored – скучающий
I am bored. Let’s watch TV or play a video game.
boring  - скучный
The concert was so boring that I fell asleep.
to decide – решать, принимать решение
He decided to go to Scotland in autumn.
decision – решение (в значении “выбор”), решимость
That was a bad decision.
Screw it! – Наплевать! Пофиг!
Screw it! Let’s do it!
to book a room/ a table – забронировать номер или столик
I booked a table in this restaurant for 8pm tomorrow.
hand-luggage – ручная кладь
You are allowed to have only one piece of hand luggage with you on the plane.
it rains/ it snows – идет дождь, идет снег
It rains very often in November. – Present Simple.
It is raining now. – Present Continuous.
It snowed yesterday. – Part Simple.
It was snowing when I got to work yesterday. – Past Continuous.
awful – ужасный, отвратительный
The weather was awful yesterday, so we decided to stay at home.
check-in desk – стойка регистрации пассажиров
boarding pass – посадочный талон
to disappear – исчезать
The boy disappeared, I couldn’t find him anywhere.
exciting – волнительный, увлекательный
The trip to London was exciting: we went sightseeing, rode red buses and saw a lot of new people!
to delay – задерживать
The plane was delayed. The baggage was delayed.
to mind – возражать
Do you mind if I smoke?
Help yourself – пожалуйста! угощайся!
Can I take your piece of cake? – Please, help yourself!
fault – вина
It is my fault – I broke the vase, I was not careful.
to occupy – занимать
These people have occupied our seats! Bastards!
lifetime ambition – мечта жизни
It's one of my lifetime ambitions to visit the USA.
to pretend – притворяться
He pretended he didn’t hear me.
to permit – разрешать
It is not permitted to smoke here!
to allow – разрешать
It is not allowed to speak loudly here.
to solve – разрешать (задачу, проблему)
They thought a lot about that problem but couldn’t solve it.
Eddie Izzard and Snakes on a Plane
by Landysh 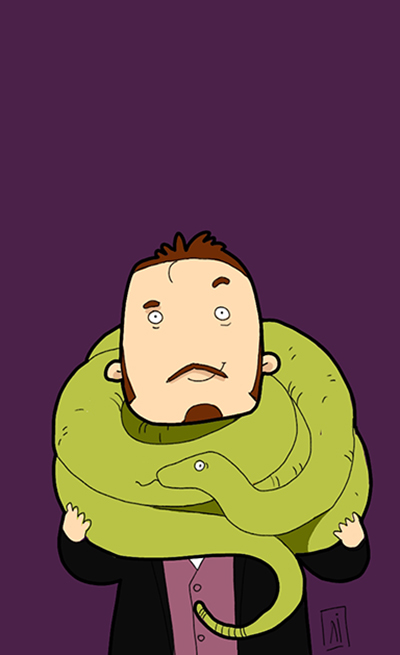